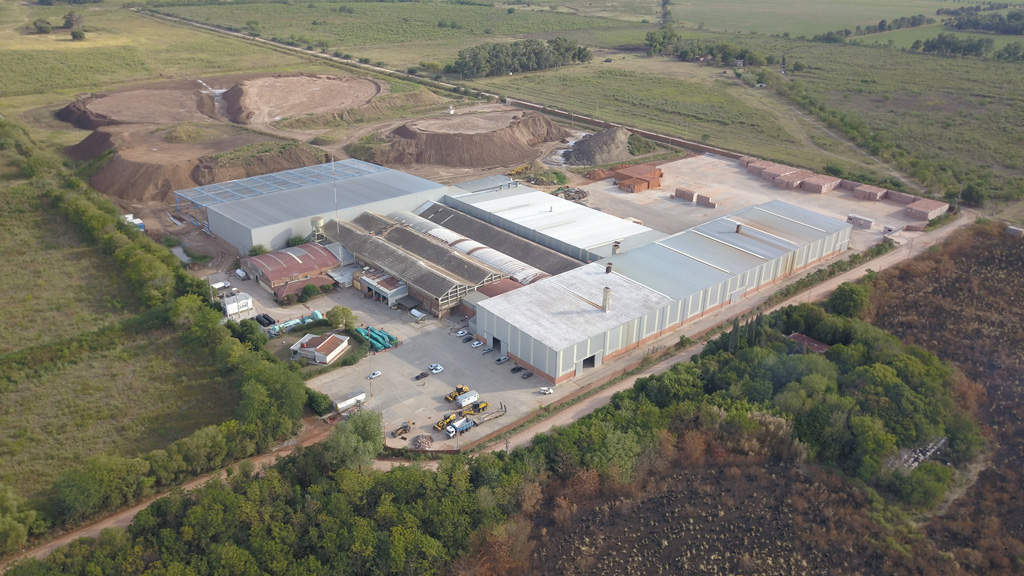 LA PASTORIZA: OPTIMIZATION AS A WAY OF LIVING

LA PASTORIZA is one of the first Argentine companies dedicated to the production of ceramic bricks and hollow blocks.

Founded in 1953 in the province of Buenos Aires by the Rico family, it has become an institution of reference in the Argentine ceramic sector, thanks to its commitment to quality and the constant incorporation of the most innovative technology during its more than 60 years of history.

This commitment has been strengthened during the last few years with the realization of important investments such as the new facilities with ostensible improvements in the machinery and equipment for clay preparation. This modernization has been carried out with the aim of reducing the granulometry of the raw material to increase both the productive capacity of the plant and the quality of the final product.

Within the framework of this process of improvements, the Rico family noticed that one of the aspects that could be optimized was the durability of its extrusion Dies.

For this purpose, LA PASTORIZA has relied on MORTE as industrial consultant.

As a starting point, the existing working conditions were analysed, realizing that the clays used to extrude the final product were difficult and with high shrinkage.  This factor forced to work with quite adjusted parameters, making necessary to take a very severe control of their Dies, that were chrome coated locally.

On the basis of these assumptions, MORTE proposed testing its technology in one of the highest production products, in a process divided into 2 phases.

Phase 1 was started by manufacturing the Die initially in Treated Steel, an ideal material for the implementation of new products, since, in the event of being necessary, the elements of the Die manufactured in this material can be modified (conicities, inclinations…).

For the correct execution of the process, MORTE´s TAS (Technical Assistance Service) moved to Argentina to make the necessary adjustments in the Die to ensure its optimal operation and that the extruded product was correct.

Once this process was successfully completed, Phase 2 was undertaken. It consisted in replacing the elements of the Die more exposed to wear, cores and frames, by others made of MOR-05 tungsten carbide. This material has the best wear-resistance on the market and its profitability is much higher than the Hard Chrome that LA PASTORIZA was previously using.

The results offered by the elements manufactured in MOR-05 were immediately impressive, given that they are working properly since they were placed in the Die in the year 2017 maintaining the weight and dimensions of the extruded bricks, resulting in a stabilization of the production of the plant.

So satisfactory is its behaviour, that a new Die, manufactured directly with its elements more exposed to wear in MOR-05 tungsten carbide, is being produced. It will be sent to Argentina soon.