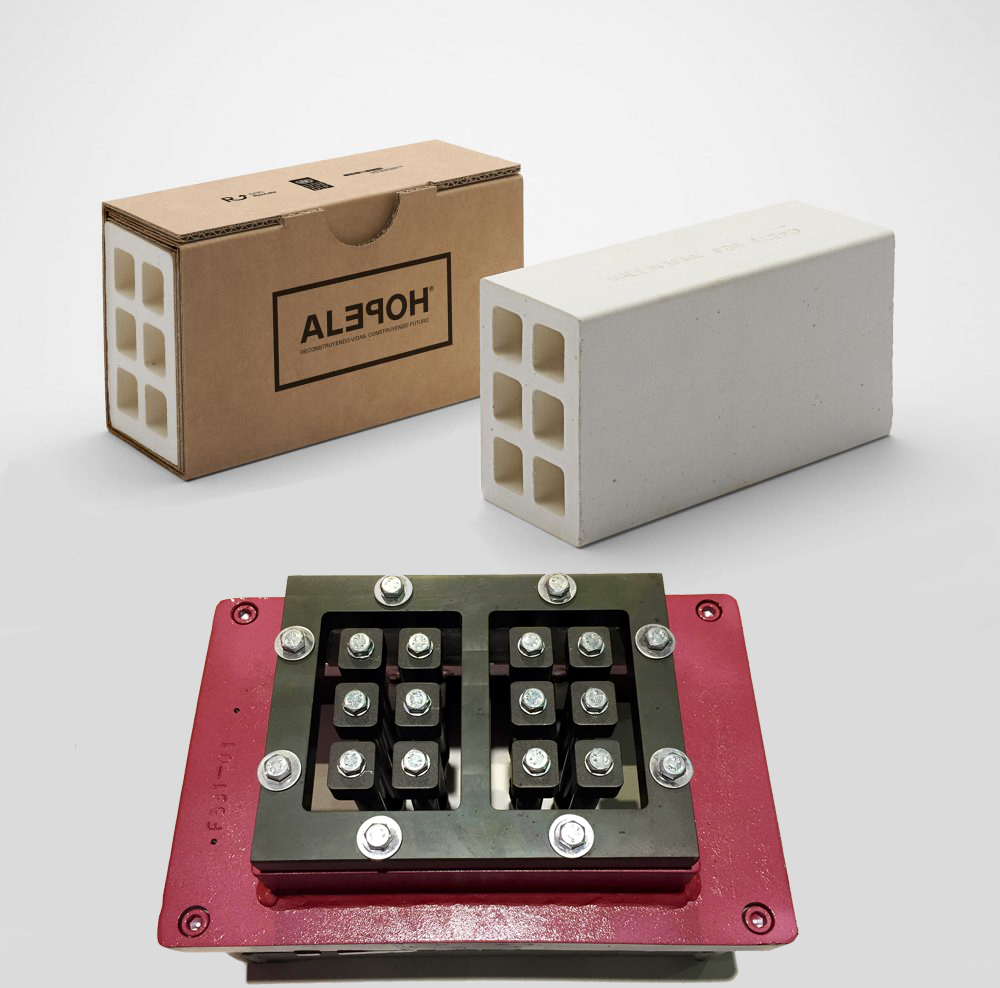 One of the most devastated areas is Aleppo, the largest city in Syria that became the main front of the civil war.

The “battle for Aleppo” took place from July 19, 2012 to December 22, 2016. Four years, five months and three days of siege and inclement combat in the streets that have turned the largest and most populous, and possibly the richest and most beautiful, city in Syria in a lot of ruins.

In view of this situation, many international entities and organizations have been working for years in the reconstruction of a territory marked by pain, death and destruction.

One of them is the NGO Rescate, present in Syria since 2001, and which is currently developing various projects aimed to mitigate the effect of the war on the civilian population and the reconstruction of basic structures.

In Aleppo specifically, the NGO Rescate and the United Nations Development Program (UNDP) have launched the ‘Alepoh’ project to help with the reconstruction of this city through ‘The Factory of Hope’, an initiative that is training men and women to learn to make bricks from the rubble resulting from the bombings.

To finance the project, the NGO Rescate has launched a limited edition of 2,000 solidarity bricks, with the print ‘Made in Spain for Aleppo’, which will be sold at a symbolic price of 500 euros each.

In MORTE we are very sensitive to this type of initiatives and social programs. Therefore, we have contributed to this project by donating an extrusion Die for Double Hollow Brick with 2 exits that has been used to produce these bricks.

Other construction sector associations, such as HISPALYT, ANDIMAC (National Association of Distributors of Ceramics and Construction Materials), SEOPAN (Association of Infrastructure Contractor and Concessionaires), and the CNC (National Confederation of Construction) have also collaborated with this initiative, so that between all of us, ensure the maintenance of ‘The Factory of Hope’ for the next two years with the million euros raised. In addition, with this money it would be possible to rehabilitate 400 homes in the East of the city (the area most punished by the bombings), to raise several schools and undertake the complete reconstruction of a hospital.

For this reason, from MORTE we encourage you to get involved with this project by buying one of these solidarity bricks through the campaign’s website to help this city rise again from its rubble.