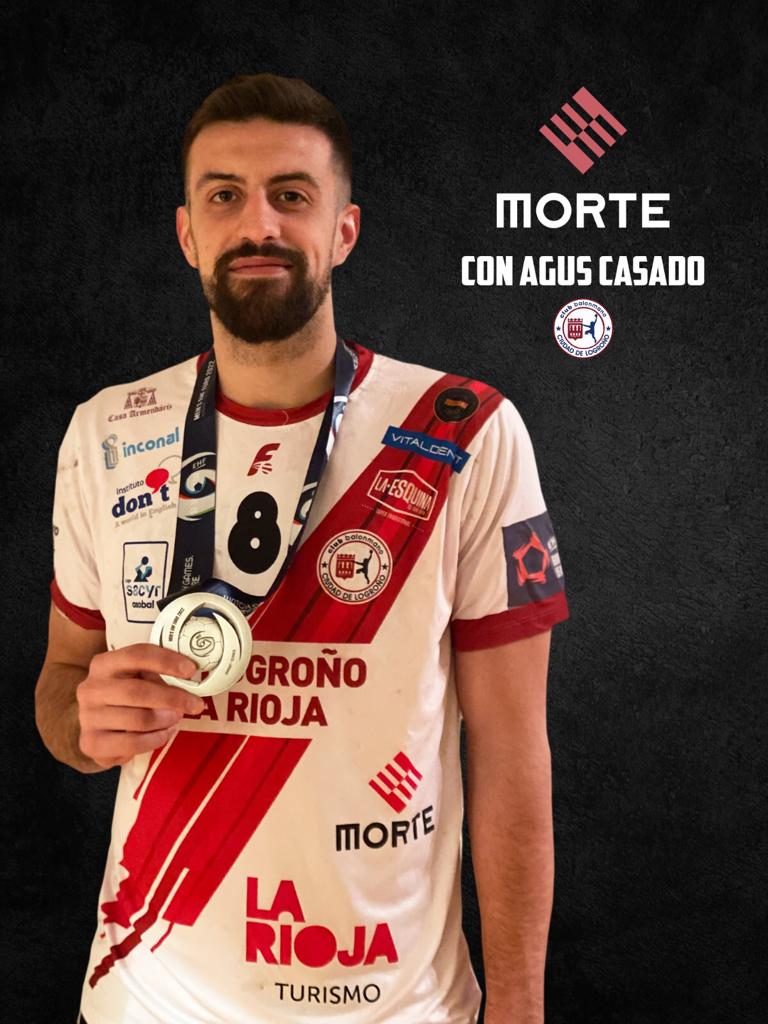 The Spanish Handball Team has won a meritorious silver medal in the European Championship played in Hungary and Slovakia between January 13 and 30, 2022.

A silver, which could well have been a gold, after a dramatic defeat at the last second in an exciting final against Sweden. A tight 27-26 that did not spoil the spectacular tournament of a new generation of players who came to the event with the challenge of achieving the consecutive continental triple crown and who was one step away from achieving the feat.

At MORTE we are very proud of the excellent level shown by the franchise player of the Club Balonmano Ciudad de Logroño, Agustín Casado, who made his debut in an international event honoring his nickname, “the commander“, directing a team made up of several members who have dressed in the “franjivina” like Miguel Sánchez-Migallón, Ángel Fernández, Gedeón Guardiola, Iñaki Peciña, Sergey Hernández and the rest of “Hispanics”.

A group of players who have given a new demonstration that the combination of talent, enthusiasm and teamwork are the foundations for success.