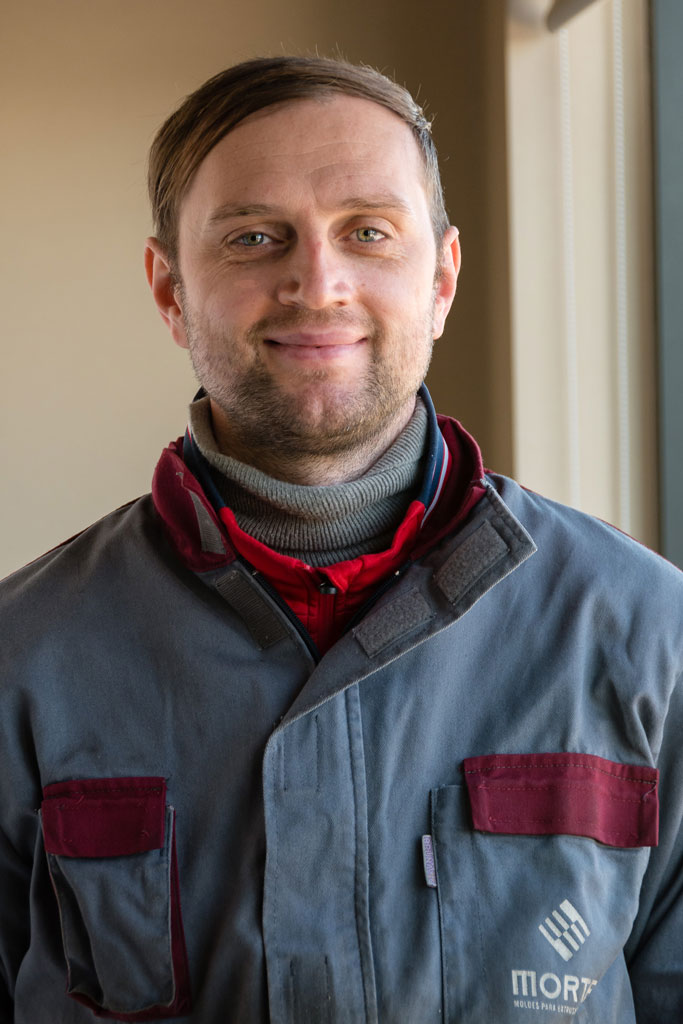 We are Morte. Ionut Florin Vanaga

Florin, as he is known in MORTE, arrived in Spain on 7 January 2002 at the age of 19, eager to learn and ready to conquer the world.

At first everything was strange to him, another country, other people, other customs, but what surprised him the most was the change in the landscape. Going from the green mountains of his native Romania to the golden fields of the Rioja Baja and, of course, the language.

He admits that, in Romania, school was not one of his strengths, he liked football more where he played in a category higher than his age. His speed, his determination, and his ability to fit into a team were the key. It did not last long, because just before coming to Spain a bad collision with a rival broke his knee, and although he could no longer maintain that speed, his determination and team spirit remained intact. Florin was able to continue playing, but it was not the same anymore.

After finishing school, he began training as a numerical control operator in Romania, machining parts. He liked welding better, but he found a taste for tooling. See how a piece emerged from a metal block with a function, a meaning.

That was one of his first challenges, and this was followed by many others, although without a doubt, the one that most marked his life was when, while looking for a new job, he approached MORTE´s facilities, without knowing the activity of the company, and requested a meeting with „the boss“ to apply for a job. Raúl Morte received him on a Friday … and the following Tuesday he was already working on the drills and the hardening process, the most basic tasks. But Florin learned quickly, from there to another machine, more complex, more responsibility for him. He remembers that one day Marcos Morte asked him, “do you like challenges, don’t you?”. He admits that at the beginning he had a hard time, but the teammates were always there to help him … and of course his ability to adapt to each position. From there to the 5-Axis numerical control machine and wherever he is needed, because as he says, he is in MORTE to contribute.

Not surprisingly, he boasts of being able to handle 95% of the company’s machinery, training course after training course, year after year, many times based on trial and error, of obsessing when a problem arose, … but he always solved it. MORTE’s DNA in its purest form. That was the challenge, to understand the machine, because there is no equal machine, each one has its particularity and in MORTE success is measured in microns. A precision that is part of a chain, the pieces have to pass perfectly from one section to another, from one partner to another. You cannot fail because the result has to be excellent.

Now, 19 years after arriving in Pradejón, married and with two girls, he returns to school to study with his daughters, at that school that he did not do so well during his childhood in Romania. Taking advantage of Sundays to enjoy the family and continue learning, because if Florin does not lack something, it is the desire to learn.